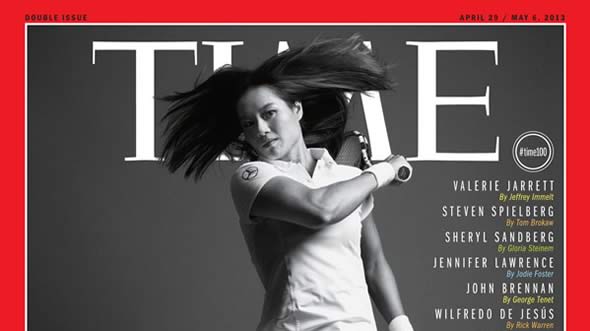 TIME Magazine has not only named Li Na to the TIME 100, the magazine's annual list of the 100 most influential people, but it has also chosen the WTA star to grace the cover of the TIME 100 issue.

TIME has named Li Na to the 2013 TIME 100, the magazine's annual list of the 100 most influential people in the world. The full list and related tributes will appear in the April 29 issue of TIME, available on newsstands and tablets this Friday, and right now at time.com/time100.

"I am so excited to be featured on the cover of TIME magazine's 100 Most Influential People In The World issue," Li said about the prestigious honor on Thursday. "It's a great honor for me to be in the position of being able to help grow, promote and further build the sport of women's tennis around the world, especially in my native China. I couldn't be more honored to be on the list that includes some of the most talented people in the world, and to make an impact on women and women athletes.

"I am grateful to TIME for giving women's tennis the recognition it deserves." 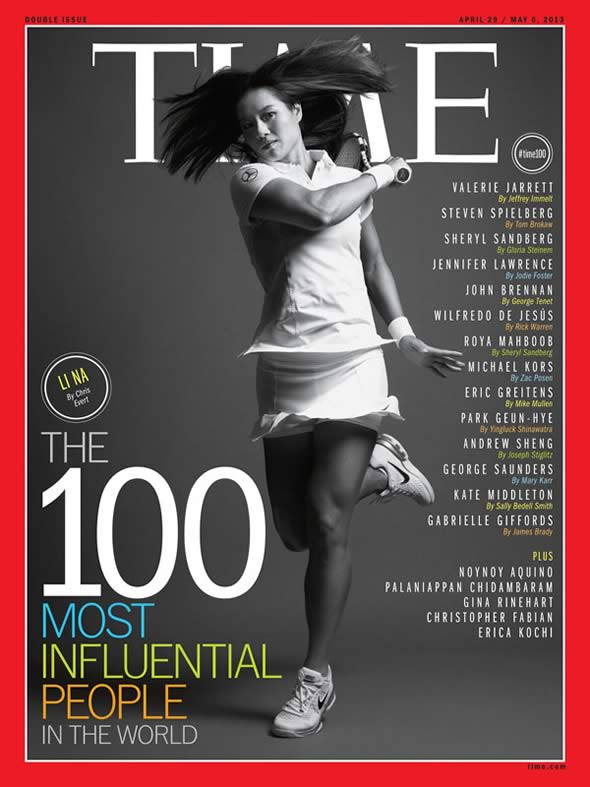