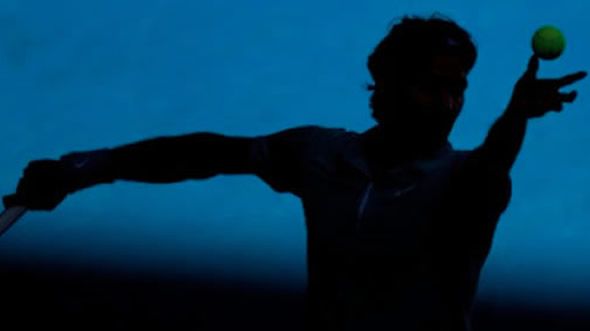 The battle for the Oz Open is about to begin. Nadal and Federer each have their own slice of history to carve out. Fed going for a record 5th title and Rafa for the Slam (holding all 4 titles at once but not in the same calendar year). This is a phenomenal achievement and the odds are he will fall short to the defending Champ.

Fed is rejuvenated by an exploration of greater aggression working with new coach Paul Annacone. Will it bear fruit in his 2nd slam with Paul in his corner? They have had time to hone the mentality and confidence and current form makes him favourite and my choice as winner.

Nadal however does not worry about other peoples work as he is intent on improving all the time so he sits a very firm 2nd choice by a slim margin, based on the fact that Roger won the year-end Masters.

The contenders to upset the big cats are Murray, Djokovic and Soderling. These three have the pedigree and history of performing in the big events and are relaxed with the idea of beating Fed and Rafa, but Andy and Robin need to win a Slam! Soderling is increasingly reliable but all 3 still have a slight tendency to fry mentally if a situation irritates them and it is this tiny frailty that I believe is the difference. It causes a slight hesitation once in a while and in a semi or final it can turn the match away from them. Novak is best placed as he has won before and as he showed against Fed at the US Open that he is prepared to throw caution to the wind and take risk when the chips are down. Soderling can also do this but doesn't quite move as well as the others. Andy has to take matches from the big 4 rather than relying on the counter punch.

The annual crowd pleasers who can do damage Monfils, Bagdhatis, Tsonga with the likes of Hewitt and Nalbandian who play in the 1st round are always interesting especially when they get hot. Roddick is capable of an upset but I think his days of winning a Slam are sadly behind him.

Clijsters and ? Who else will challenge. Henin not quite on it yet and the other contenders still have to break through. Na Li,  Wozniak, Zvonereva, Azarenko and Jankovic still have to show the final touch of class to win a Slam. Venus has a poor record in Oz and I think her best is done. My dark horse is Ivanovic if healthy and wins her 1st two matches. She has shown signs of recovery and although not ready to win the tournament she can cause an upset. My strong vote is Kim to win a 1st Slam outside the US.

Heather Watson is a top player in the making and although she has fallen short in qualies I expect her to be in the Main Draw next year on right. Annie K hopefully will qualify and join Baltacha and both are capable of a few wins, perhaps even a 4th round!!

TEAMBATH-MCTA is steadily making progress with some excellent juniors and early pros. Our ambition is clear! We want our players performing well internationally on a regular basis. MCTA as a touring academy experienced some significant results and with the team and base at Bath further success will follow. We have the UK U18 Champion and others with rising rankings so the future is bright.