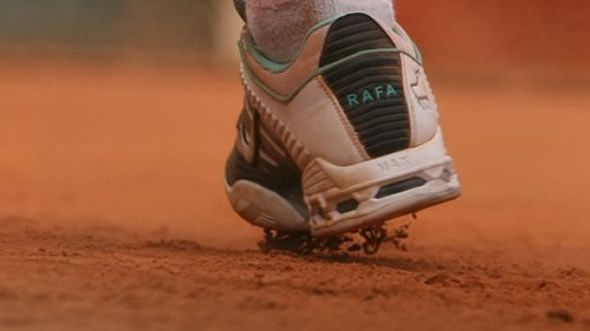 Clay court season kicks off and Rafa lays down marker!

Monte Carlo.....8 in a row. How hard is it to achieve such a feat? Winning 8 of anything in a row is testament to a tough, stable and focused mind of immense proportions. Congratulations and utmost respect to Rafa, arguably the worlds greatest competitor. Having said all this it was essential to his belief and confidence that he finally beat Nole' again after 7 defeats. 8 is a good number for Rafa. Novak will not be affected by this loss and is still favourite to take his first French Open, but Rafa will certainly be a tougher prospect given this boost in confidence. I hope Roger is in the same half as Novak because a repeat of last years semi is mouth watering and I still can't see him beating Rafa on the clay.

So who would make up the semis? Andy's mentality against Berdych was disappointing. He allowed himself to be bullied. He failed to make statements at key moments and slipped back into wasting energy berating himself and moaning which affects his competitiveness. Is it the pressure? Does it overcome him when he feels he is failing to reach his incredibly high standards? My view is his level of trust in his attacking game is just a notch below the top 3 so in key moments his ability to take an uninhibited risk is sometimes not as automatic as it needs to be.

Rafa meanwhile rolls on thru Barcelona for 7 in titles there. Madrdid will be the first test with all 4 heavyweights in town. If either Fed or Novak stop Rafa there I will be surprised as his match tightness will be superior, but Madrid is not Rafa's favourite event as the altitude makes it tougher for him, but does not stop him being the guy to beat there.

Again the stage is set for another high powered intense French Open. Is it going to be the top 4 in the semis again, an amazing consistency achieved 3 out of the last four Slams? Berdych and Tsonga seem the most likely to break this and Ferrer is dangerous. Andy seems the most vulnerable on the dirt at the moment and we wait to see Roger's form.

The women is also getting interesting with Azerenko clear favourite but Sharapova, Stosur, Na Li and to a lesser extent Kvitova will be a stern test. I also expect a relatively unknown semi-finalist to pop up and surprise everyone, but hazarding a guess is dangerous pastime, as there are many capable players. Azerenko is slowly asserting herself as a clear number 1 which is good for the sport. The big danger is a fit Serena Williams who has struggled in Paris, but having won it once is maybe capable of an upset. My pick for a good tournament for Ana Ivanovic who is slowly finding her best again under the guidence of Nigel Sears and another player who has won Paris so if she begins to roll will have good memories to pull on.

The tennis year seems to come around so quickly and I can't believe when I return from a couple of 50K tournaments in Japan it will be 3 weeks off the first grass court tournament. Amazing!