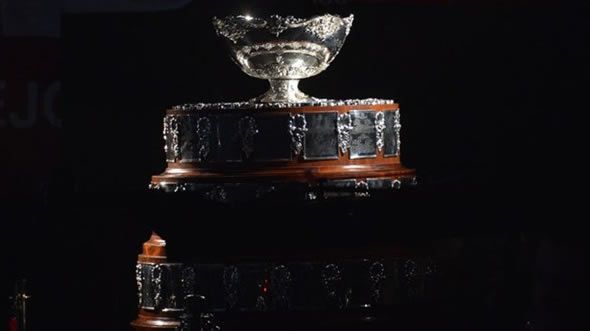 The draw for the 2013 Davis Cup by BNP Paribas World Group play-offs has been revealed, with both Spain and Switzerland given home ties and Australia and Great Britain drawn away.

No. 1 seeds Spain will play Ukraine as the visitors bid to reach the World Group for the first time. The tie could feature Rafael Nadal, who expressed his desire to play in the competition in September.

Netherlands were given a home tie against Austria and will be hoping the Dutch crowd will provide them with the necessary boost to go one better than last year, when they lost in the play-offs to Switzerland.

Croatia will host Great Britain in what is sure to be an eagerly anticipated tie involving both Andy Murray and Marin Cilic. The Brits stunned Russia without the world No. 2 so could be a handful in the play-offs.

Switzerland were drawn to play Ecuador at home and Germany were given a home tie against Brazil.

Poland are scheduled to play at home against Australia, which could prove tricky for Pat Rafter's team against the likes of Jerzy Janowicz, Mariusz Fyrstenberg and Marcin Matkowski.

Belgium are playing Israel at home and Japan were given a home tie against Colombia.

The ties are scheduled to take place on 13-15 September. At stake for each of the 16 World Group play-off participants is a place in the 2014 World Group.

The full draw is listed below:

Watch the draw below