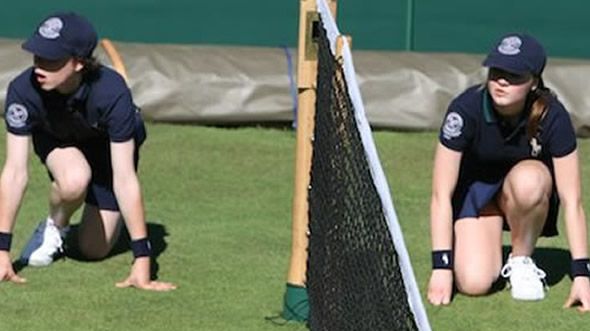 A look ahead to Wimbledon 2015

The 2015 Wimbledon tennis Championship is one of the most eagerly anticipated sporting events of the year. The greatest players in the world will feature in the tournament and battle it out for one of tennis’ four majors. In the last few years, across both the women’s and men’s competitions, viewers have been treated to some epic contests, shock victories and some phenomenal tennis. This year’s tournament could be one of the best yet, and players will have an extra week to recover after the French Open as Wimbledon was pushed back a week in order to give players time to adapt to the grass courts. We take a look at both competitions and discuss some of the key players for the event, while we also discuss Britain’s hopefuls in the respective men’s and women’s tournaments.

Men’s Singles Tournament
In sport, it would be foolish to rule any competitor out prior the start of a competition. However, this year, there are three potential candidates for the men’s crown and all three should reach the latter stages of the tournament. World number one Novak Djokovic, the relentless Rafael Nadal and Britain’s hero, Andy Murray, all stand a great chance of winning the title this year and these players have won four of the last five Wimbledon titles. Furthermore, Djokovic, Nadal and Murray have all clashed on plenty of occasions for major trophies in the past. This event should be no different.

Djokovic is the leading candidate
The Serbian will head into Wimbledon as one of the leading candidates for this year’s title. At the time of writing, Djokovic is priced at 13/8 with betfair to defend his crown and he is certainly playing some excellent tennis at the moment. The world number one has already won the Australian Open this year – beating Andy Murray 7-6 6-7 6-3 6-0 in the final – and will be looking to complete the Grand Slam and win all four of tennis’ major competitions this year. The 27-year-old has won 30 of his 32 matches in the 2015 season and is arguably in the form of his life. The Serbian will head into Wimbledon in confident mood and will expect to reach the semi-finals of the tournament at the very least.

An ageing Nadal could hit back
Rafael Nadal was once one of the greatest tennis players on the planet and will always be remembered for his exceptional clay court record. Although the Spaniard is likely to concentrate on the French Open later in May, the 28-year-old should not be ruled out of the Wimbledon running. He is exceptionally powerful and possesses one of the deadliest serves in the game, while his stamina often shows late in five-set thrillers. If Nadal wins his 10th French Open at Roland Garros, then he will head into Wimbledon full of confidence. The Spaniard has struggled in recent years at the grass court event and will be looking to reach the final for the first time since 2011. You can see highlights of Nadal's titanic clash with Djokovic from 2011 below.

Andy Murray has a genuine chance
Murray has been in excellent form throughout 2015 and appears to have fully recovered from his plaguing injury problems of the last 18 months. The British number one would certainly be a popular winner of this year’s event and is likely to be well supported throughout all of his matches in the competition. The home advantage certainly helped Murray back in 2013 when he beat current champion Djokovic 6-4 7-5 6-4 in the final. The Scot will be full of confidence and should stand an excellent chance of reaching the semi-finals at the very least. However, if the British number one is given a favourable draw, he could well go one better or even win the title for a second time.

Women’s Singles Tournament
Meanwhile, the women’s tournament will also attract lots of media attention and the grass court event is always one of the best events on the tennis calendar. Some of the world’s best players, including former winners Serena Williams and Maria Sharapova, will feature in this year’s tournament and there are likely to be a number of epic clashes throughout the tournament.

Williams is in the form of her life
Williams has been playing some outstanding tennis this season and is currently a class above the other leading female players. The American has won a phenomenal 23 matches in a row this year and remains undefeated after an incredible start to the season. Although the 33-year-old has not won the event since 2012, she is one of the leading candidates for this year’s crown and will be looking to assert her dominance as the main power in ladies tennis. Williams has already won the Australian Open this year and will head into the tournament looking to earn her sixth Wimbledon championship title.

Former winner Sharapova could pose a threat
The Russian appears to have regained a bit of form and with two majors in quick succession, she could choose to compete for both the French Open and Wimbledon title. Although she was convincingly beaten by Williams in the Australian Open, Sharapova may surprise many as she aims for her second Wimbledon title after winning her maiden competition in 2004. The 28-year-old has been in excellent form so far this year, and will be hoping to avoid Williams throughout the tournament. She has lost her previous 16 matches against the world number one but will be quietly confident that, if she performs at her optimum level, she could compete for this year’s title and regain her place amongst the world’s elite players. The Russian recently tweeted a picture of herself preparing for the Madrid Open and she certainly appears to be training hard in preparation for the next few months.

Heather Watson could make headlines
The British number one has been playing some brilliant tennis in the last year and has climbed considerably up the world rankings. Fellow Brit tennis star Laura Robson has struggled with long-term injury problems but Watson has progressed in the last six months and has beaten some of the game’s best players. Most recently, she beat world number seven Agnieszka Radwanska in the Indian Wells Masters and Watson will be looking to continue her great form into the grass court events in the summer. Although her best years are certainly ahead of her, she will fear nobody and, with a bit of luck, could progress through the competition.