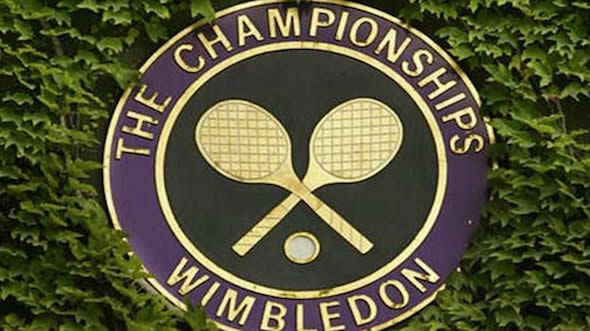 The fairytale of Wimbledon (vid)

2013 is an amazing year at Wimbledon even though it has not yet started. The fairytale begins for every player before the tournament starts. Within the two weeks there will be stories written and fairytales lived for some of the players who achieve beyond their dreams and for the others it will be another year of the fairytale ending too soon.

All Grand Slams are important but in my experience for most Wimbledon is the holy grail and is given a choice of succeeding in winning matches, Wimbledon would be top of the list for almost everyone. I approach the tournament as a coach with confidence that Samantha Murray can win matches and make everyone associated with TeamBath-MCTA proud of its achievements over the past 3 1/2 years.

THIS IS THE PRECARIOUS BUSINESS OF HIGH-LEVEL SPORT. THE TOURNAMENT IS EITHER THE BEGINNING OF A FANTASTIC ADVENTURE OR CAN BE OVER IN TWO HOURS OR SO.

I cannot remember a Wimbledon, and this is my 23rd Straight Wimbledon as a coach, where you cannot pick a favourite in the men's singles. My instinct says that the home turf advantage that will be Andy Murray"s could be the slight edge that delivers his first Wimbledon crown. There is the wonderful prospect of a Federer-Nadal quarter-final clash, with the winner having to play Andy Murray. This is a mouthwatering section of the draw and surely whoever comes through that side will have to hope that Novak is stretched or beaten by Berdych or he will most likely be significantly fresher for a final. It is so difficult to look beyond the top four guys Murray, Federer, Nadal and djokovic. Anyone else winning the tournament seems impossible apart from Berdych and to a lesser extent Tsong.

The woman's event is far more predictable and the battle seems to be Who will be the person who plays Serena Williams in the final. I cannot see anybody getting past Serena at this tournament.

In a couple of weeks we will know the answer to some interesting questions; can Roger Federer still win grand slams? Can Novak defend his title? Can Andy Murray win his first Wimbledon? is Rafa truly back at his best on all surfaces and proving yet again a mental strength that is alien to most.

As always the wonder that is the Wimbledon fortnight will have its twists and turns and certainly not be as clear-cut for the top four as I have outlined in this blog.

In the women's draw if Serena does lose then a winner can come from a number of players and certainly the excitement that will come from the tournament if anybody plays Serena close or beats her, will be palpable.

TEAMBATH-MCTA has a total of 4 senior players and 4 juniors involved this year. For a British based academy this is a significant number of players and on the world stage there will not be many academies boasting such numbers. The next step is for our players to win matches on the international stage, and we will be delighted if this starts with Wimbledon 2013.

Enjoy another spectacular year where fairytales become reality for some players. I am grateful to be a part of this wonderful sport which has such a tradition at this unique place which cleverly preserved the grass and defies overt sponsorship, yet remains at the forefront of modernisation.