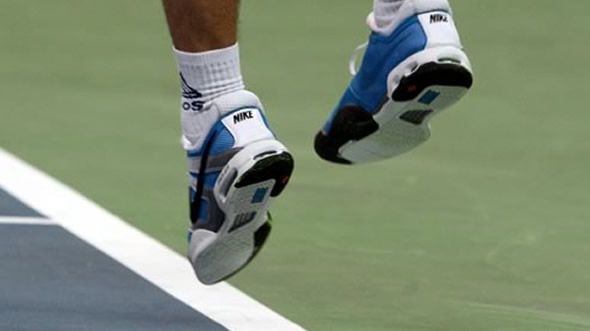 US Open - Always good no matter what!

Kim Clijsters is out and Serena is back on form. Why turn up to see who loses the final to Serena? Well the questions to which we will find out answers are: Is Kvitova ready to assume the mantel of superstar and play a great final with Serena...hopefully in different halves. Can the extra bounce on the Flushing Meadows courts assist Sam Stosur's kick serve enough to overcome the nerves of a Slam semi or final and take a title? Will one of the likes of Zvonereva or Azerenka break through? My instinct says Serena will dominate and the rest of the pack have to find the mental strength to beat her at her best. Only Clijsters and Henin found this in the past decade so greater is the loss of those two felt until another player steps up.

Djokovic and Murray carry in the form and the final in Cincinnati may well be repeated in NY. I thought Roger's legs were gone in the 4th set in Paris and again in the 5th at Wimbledon. Unlike Sampras, Roger has a very good serve but not an all time great serve and at the net is an average mover and volleyer, so cannot finish at net as effectively as Sampras did and therefore is forced to play longer points, which is why I don't think there will be one last hurrah for Roger. Roger was one of the greatest movers and technically efficient players in history and losing some small stamina and spring out of those phenomenal legs will make a difference against the very best. I'm a huge fan of his and would love to see him win another Slam but sentiment has no place in sport. It is pure (cheating aside) and brutal yet magical which is why it taps into the human soul. Greatness on court cannot be bought, no precocious talent stopped through politics or opinion....if you are good enough you win.

Is Nadal able to find both an on-court and a mental answer to Novak? Murray I think is mentally able to cope with Novak because they were juniors together and no secrets there, but Andy still has to find the calm aggression needed in a Grand Slam final. This mentality is proving elusive and my belief is if he found it more consistently on tour, every match then he will join Rafa, Roger and Novak at the table of Slam champions. I thought he was the most relaxed ever at Wimbledon and for a set and a bit he was doing to Rafa what Novak is regularly doing...using the early backhand cross with occasional line plus the angled forehand to keep Rafa off balance and unable to establish his cross court forehand.

On paper it seems easy to predict; Serena beats whoever and Novak plays Murray, probably winning his 1st US Open. Tennis is not played on paper and therefore the US Open will be as fascinating as ever and probably the only sure thing is these predictions will be proved wrong.

Two U18 National Champions in a row!

TEAMBATH-MCTA has had a fabulous summer. Toby Martin followed in Richard Gabb's footsteps to become National U18 Champion. We almost had a double on our hands when Beth Askew narrowly missed out losing the final of the girls. She is only 15 and as I write about to play the finals of the U16 Nationals, so her future is bright. Our presence at the Championships was extensive with 5 of the semi-finalists in both boys and girls either full time or access players. Toby lost his only set of the week in the semis to Scott Clayton (TB-MCTA) and Luke Johnson (access) ran out of steam after a number of close matches against Luke Bambridge. Beth beat Lissy Barnet (access) in the girls semi-final. The individual coaches of Luke (Gary Henderson, whom I used to coach) and Lissy (Pete Russell) have both done fantastic jobs in bringing them through. TB-MCTA is an effective team and credit goes to all involved. The work done with this particular group by Ian Macdonald and Jim Edgar is to be congratulated.

Sam Murray is one of the fastest climbers of the year in world tennis. She began the year unranked and is now WTA 500, a superb effort. She along with Rich and Toby are off to play 9 tournaments in 3 months in Australia with her target to try reach inside 400 and the boys to get inside 1000. The aim of TB-MCTA is International success. 18 months into the partnership, with continued support from both Bath University and the LTA, this goal is taking shape.